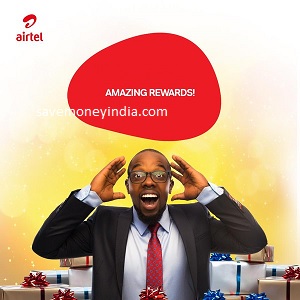 • Reward Tune is similar to the Hello Tune Services, wherein for a Reward Tune subscriber, advertisements will be played to A Party in place of a song.
• Reward Tune service is available only for prepaid customers.
• On every Advertisement played to an A Party for more than 5 seconds, B Party will get 5 paisa talk time. The credit for total number of eligible advertisements played during a calendar day will be transferred to the main account balance of B Party the next day. For purpose of clarity as an example it is stated that talk time credit for all eligible advertisements played on Monday, corresponding Talk Time credit will be transferred in main account of B Party on Tuesday.
• B Party shall receive a maximum credit of Rs. 15 for a calendar month, which will be credited to B Party’s main account. Once B party reaches maximum credit limit in a calendar month, Advertisement may still be played to A Party where B Party will not be eligible for further customer-action led rewards.